Here are a few testimonials from businesses, associations and individuals who stayed 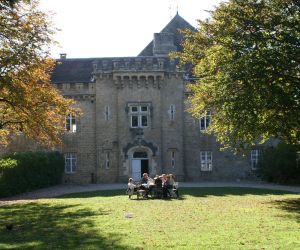 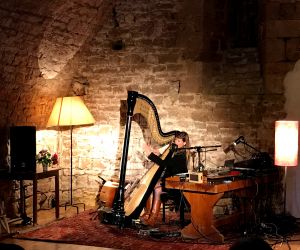 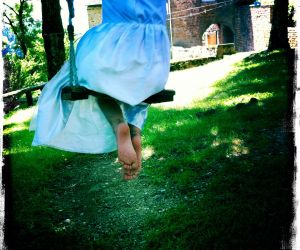 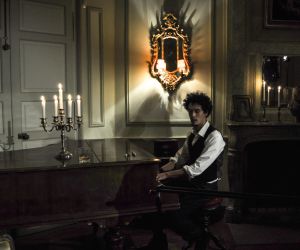 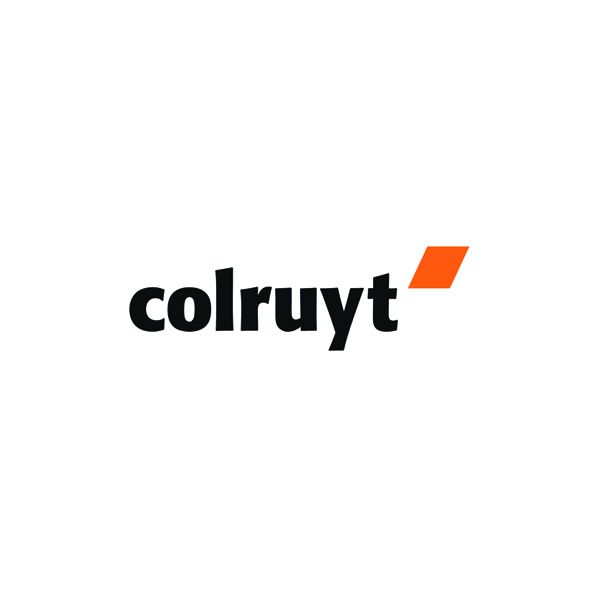 “This place reflects various times in history: first a medieval architecture almost evoking a warring past, then the extensions, the central garden and terraced vegetable gardens, give the impression of a close communion with nature.

The ancient stonework creates an energy. In the original stone vaulted cellars are vast rooms that give the impression that time has stood still. The outdoors and panoramic views overlook the plain, the vineyards and the terraced gardens on one side and the rocky peak and the woodlands around and below the castle on the other side. This panoramic setting provides a total escape and fosters concentration and creativity while taking a step back ...

A variety of different rooms, some in the dungeon some in the central building, are large and with a high ceiling, as we can expect in such a place. Other rooms are more modern, recently renovated and well equipped. These are located in the guards building at the entrance of the estate.

Enjoyable and friendly meals, served directly at the table by our host. All the meals were high quality and prepared mainly with vegetables and herbs from the terraced gardens. Tradition and taste are clearly put forward!

The timelessness of the place, its trans-generational spirit, its natural environment and its location in the heart of Jura reflect our company’s values. This is how we perceived the place, as part of a sustainable vision exercise.

The atmosphere at Frontenay’s castle strenghtened the ties in our management team in a friendly and family atmosphere.”

"We spent three magical days in this timeless place. It was difficult after such a stay to leave the castle where history, architecture and landscape mix beautifully.Thank you Laurence and Pierre from Red Alibi and the film crew for your very warm welcome and your kindness throughout our stay.

Thanks to your availability and trust, we have been able to work towards our aims successfully, in complete freedom". 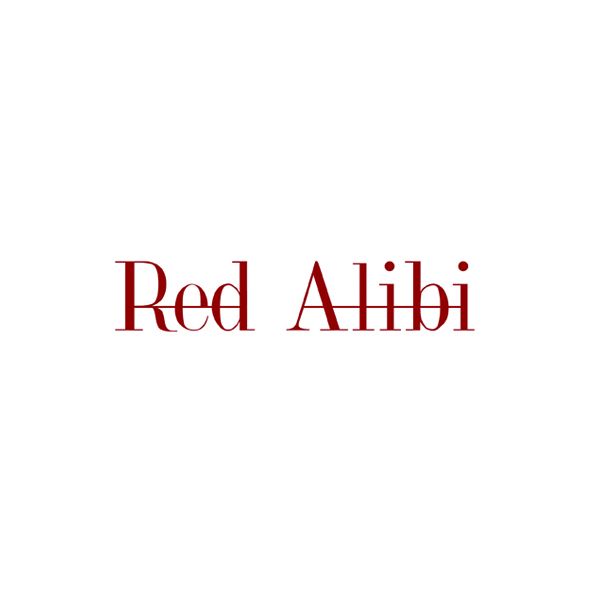 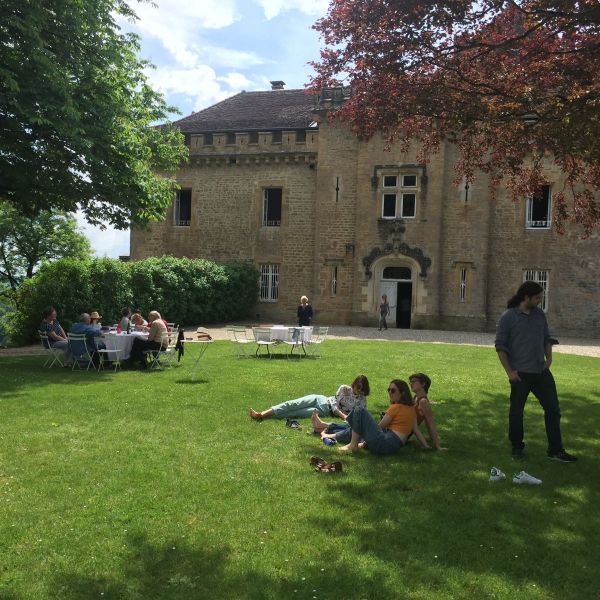 "Thanks to the lovely owners who rent this historic building, for a week-end, we were able to experiment a real life in a castle with family and friends!

It is rare to be able to enjoy such an exceptional place. All the guests were delighted to spend some time in the castle, from the vast lounges to the guards’ room with its monumental fireplace, and the huge and comfortable rooms with authentic decoration. The outdoors have not been overlooked, between the terrace offering a wonderful view over sunsets and the magnificent park. We had an unforgettable experience."

"For Le Slip Français, we have choosen Frontenay's castle as a scenery for shooting, it was absolutly perfect : we have been warm wellcome and helped during our stay. The owners were accommodating : we were many, with a lot of equipment and even a dog." 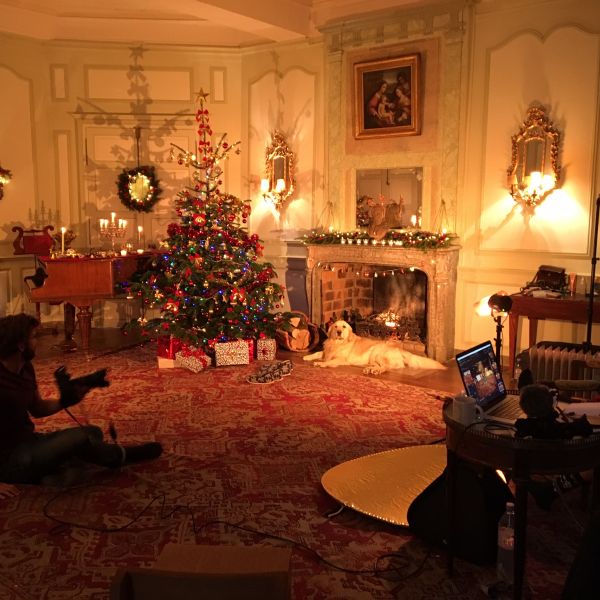 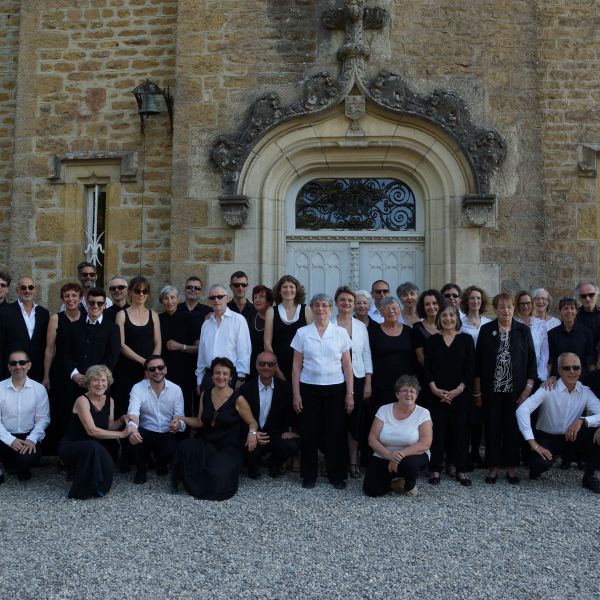 Every July for the last 30 years…

"To us Frontenay means first and foremost an annual event we really care about. We think about it and we prepare our musical stay throughout the year and finally when comes July, it's the reward. As we approach, we can see the castle perched on the hill, a few more turns and here is the entrance porch, the big lawn and this breathtaking view that always amazes us.

Then comes the heartfelt reunion with our hosts, a bit like a second family, and the pleasure to meet with our dear cook, Marie-Claude. Finally, we are able to play our music in this castle and rehearse from the cellar to the attic, with no other concern than music. We can play in this extraordinary setting with our wonderful and kind hosts, always showing us their support. Here in Frontenay, we also have a loyal and enthusiastic audience and it is always a pleasure to meet them for the aperitif after the concert. Sometimes we are asked “Why do you always choose the same place? Don’t you want to try somewhere else?” The answer never changes: “Come to Frontenay and you will understand”

"Our guests (about forty people) will remember for a long time the dinner on the castle terrace, overlooking the Jura vineyards and the breathtaking view of the sunset and its stunning colors.Everything was perfect to make the party memorable: the setting, of course, but also the practicality of the rooms (dance floor) and the available equipment (tables, chairs, dishes), and the fully-equipped kitchen. Not to forget the kindness and availability of the owners!The guest rooms upstairs were very handy to accommodate guests and fully enjoy the evening.” 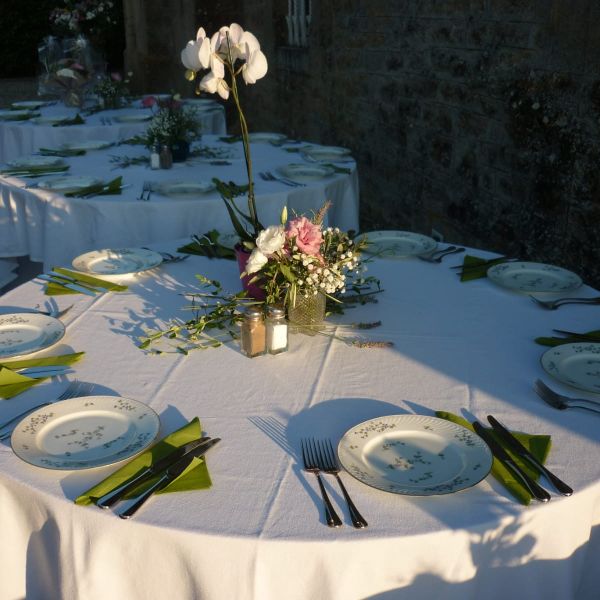 Every July for more than 35 years

"Every summer for 40 years now, Taji and Qigong courses are taught in this magnificent castle in Frontenay. This place of culture blends wonderfully with this Taoist art and this ancient Chinese practice. The attentive welcome, the openness and the friendliness of the owners have contributed to creating privileged experiences and a deep bond of friendship, over the years.

During these precious annual weeks of practice, time suddenly stops, participants in the courses open to the surroundings and become sensitive listeners. The castle and Taji together set the stage to discover the path of life."

"Our wedding at Frontenay’s castle was a wonderful experience from the beginning of the preparations to the end of the actual wedding. The owners of the castle, Pierre and Laurence, were available, proactive and caring: they not only recommended many providers in the area, they were also present from beginning to end to make sure everything was perfect. The estate itself is breathtakingly beautiful, perched high up, overlooking a valley with fantastic views from all of the castle rooms. Tastefully renovated and comfortable, the castle bears the legacy of hundreds of years of family history. Our guests were astounded and many people took the opportunity to visit this beautiful hilly region of Jura. To put it in a nutshell: do not hesitate a second, places like this are rare !” 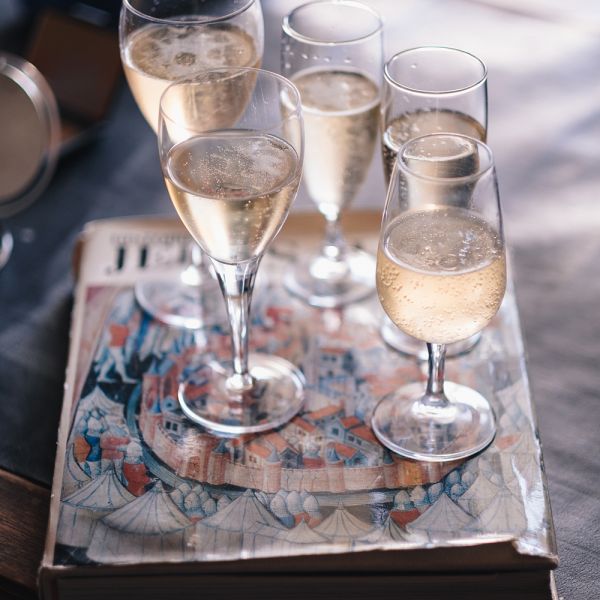 Frontenay, is the place for birthdays, weddings, but it is also :

Le Slip Français who realises a shooting for its Christmas collection,

Yoann Bourgeois who stays with his team for the show « suspension », proposed by Les Scènes du Jura,

Colruyt who organises its Direction seminar,

Vintage car enthusiasts taking a lunch break in the living rooms as part of a rally,

The "Taï Chi" who celebrates in 2019 its fortieth course in Frontenay,

The Jura CCI who organises a conference in a room vaulted in stones, followed by a cocktail in the living rooms,

Parents inviting their children and grandchildren for reunion,

An annual meeting of friends from all over France,

The Taylor Consort who enjoyed the place for a dinner and a night at the end of a wonderfull concert, proposed by Le Festival de Musique Baroque of Jura,

Hikers of « l’échappée jurassienne » who give themselves a stop,

Every two years, musicians and artists of Jazz Festival who stay after the concert time,

Le Geste Musical who returns every July for the last 30 years and ends his stay with a concert of baroque music at the church.

And maybe You tomorrow… ?! 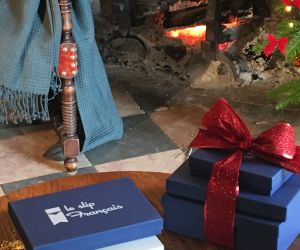 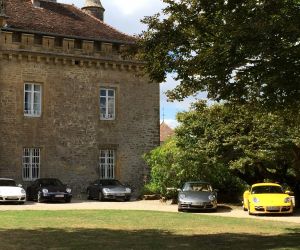 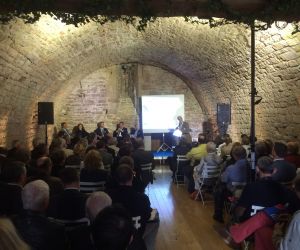 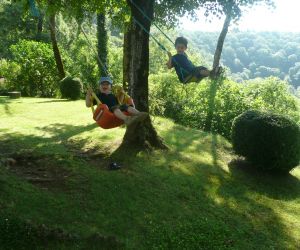